For many years, central banks have operated in a stable world, setting their country’s monetary system and responsible for policies that affect the supply of money and credit. But recent technological, regulatory and market-driven external developments have changed the picture.

Compared to a decade ago when central bank portfolios tended to be plain vanilla, today their portfolios are likely to be comprised of more diverse assets such as Asset-Backed Securities and Commercial Papers. This has driven many central banks to implement additional analytics and reporting tools as their portfolios and balance sheets became larger.

Central banks are now more likely to leverage technology to its full extent, determined to “work smarter” in areas such as reporting, test automation and security. There are many drivers that are making central bank systems less stagnant as the institutions move to onboard more functionality.

For Niko Totladze, Portfolio Manager National Bank of Georgia (NBG), growing regulatory demand for more regular reporting has been an important factor, particularly since the bank implemented its Wallstreet Suite (WSS) system eleven years ago. Over that time, increasing demand for new reports has encouraged the bank to automate more of its processes, he told the SkySparc Global Client Forum. Moreover, the bank wanted to integrate WSS reports with its general ledger and other systems.

Another aspect of the OmniFi implementation at NBG has been introducing OmniFi as a User Acceptance Testing (UAT) tool, which is enabling the bank to make changes to its system much more efficiently. An automated testing environment enables banks to be better prepared for future changes, be they the addition of modules or systems upgrades.

We were replacing multiple systems that were not connected to each other with one integrated, front to back TMS that the whole bank was using.

Also joining the SkySparc Global Client Forum central bank roundtable, Kjartan Hansson, Senior Business Analyst at Central Bank of Iceland (CBI), said a significant change for all central banks has been the migration to the ISO 20022 standard by global financial messaging system SWIFT. Like NBG, CBI is a WSS user, having implemented the system between 2015-2018. The implementation was a “huge change” for the bank, says Mr Hansson. “We were replacing multiple systems that were not connected to each other with one integrated, front to back TMS that the whole bank was using.”

Previously the bank’s traders had transacted on the Bloomberg system, printed out tickets then taken the physical ticket to the back office located on another floor of the building. The implementation of WSS was a significant change and the biggest challenge, he says, was “cultural, a resistance to change”. Another challenge was in setting system requirements, given the bank had not previously implemented a TMS on such a scale.

Even after going live with WSS, any change in instruments would require new functionality. Automated testing enables us to be ahead of time when implementing new functionality or major upgrades of WSS.

Along with external developments, central banks also need to meet the requirements of internal users. At NBG, traders wanted more functionality around simulations of trade durations. The bank prepared an excel spreadsheet of its trade simulation file, downloading all holdings from WSS along with some key durations from Bloomberg. An interface was created where proposed rates were entered and the durations compared to a benchmark. The development enabled traders to carry out their own calculations in addition to the WSS functionality. By implementing OmniFi, the bank was able to download trade simulations more easily. “This has been a good use of our risk management system and it is actively used with every trade,” says Mr Totladze.

CBI is also developing performance on WSS. Currently they are using the Bloomberg PORT multi-asset portfolio and risk analytics solution where they feed daily data from WSS into PORT. “There is pressure on us from users to configure performance risk in the TMS. We began a year ago and there is still plenty to do. SkySparc has been very helpful in guiding us with this configuration and we hope to achieve full configuration in the coming years” says Mr Hansson.

The global financial crisis and the COVID-19 pandemic have underlined the necessity for all institutions – financial or otherwise – to ensure they are agile, able to respond to significant change rapidly. “Such crises have forced us to look at our portfolio and be ready for change and to respond quickly,” says Mr Totladze.

“NBG has changed some of our approaches and we were able to handle liquidity demands during the pandemic from our reserves. In fact, we won an award for the management of our portfolio during the pandemic.” The bank now has weekly reports that give it a full picture of liquidity in all portfolios. These are combined with data from the Georgian Ministry of Finance. Liquidity inflows and outflows have been combined into one place, which provides a tool for decision making. “We use this to take measures to balance portfolios or close limits,” he says.

At CBI, two measures have been implemented to enable agility and adapt to more frequent business changes. The first has been the establishment of a specialist WSS team that has a full view on WSS and “everything happening around the system”, says Mr Hansson. “The team works on reconfiguring systems and connections with external partners. We have found it is very useful to have a team that can respond quickly and improve the system.”

Another important element has been a service agreement with SkySparc, which has enabled the bank to leverage the SkySparc team’s knowledge of WSS and OmniFi. “This has made it possible for us to use the technology in the most efficient way and on large projects gain the guidance and knowledge of best practice to enable us to become more agile,” says Mr Hansson.

Going forward, central banks are likely to face more demand for change from internal and external sources. More complex reporting requirements and a demand for greater interactivity to achieve sophisticated risk analysis will keep the technology teams at central banks on their toes for the foreseeable future. 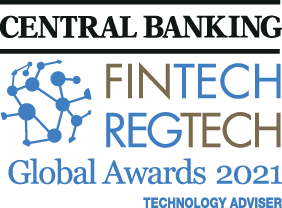 News and updates
SkySparc in the news

Our journey
Our customers
Our offering
Our leadership